Many of you know that my sister – and then parents – relocated to Atlanta several years ago.  There is a rumor floating around that I was NONE TOO PLEASED about this decision.  Regardless, we paid our first of several visits to the city in the summer of 2007.

On our first trip to Atlanta, we saw many interesting things.  The Georgia Aquarium, Zoo Atlanta, and the Carter Center for starters.  But slightly off the beaten path, just north of the city in the suburb of Alpharetta, we found something which topped them all – at least in terms of its uniqueness.

BEHOLD, my friends!  THE MYSTERIOUS CASTLE OF ALPHARETTA

Believe it or not, this is no theme park sideshow.  This building stands as one of the most unusual living spaces ever. I myself have seen the owners, a gentle-looking older couple, out lovingly tending the grounds. The property lies (trust me on this) WAY OUT IN THE OPEN, at the corner of Arnold Mill and Cagle Roads, in either Roswell or Alpharetta (now the city of Milton). [As the dividing line is (for an outsider at least) too close to call, I am of course giving it to my parents who live in (you guessed it) Alpharetta (_now Milton_). But enough about Georgia politics!]

The house has a certain aura of MYSTERY about it. Likely b/c it is the only thing even semi-interesting and/or remotely Disney-esque for miles. and MILES. And of course, as any good mystery junkie, I HAD to get to the bottom of it.

Coming home from dinner one night, my father related the facts as he knew them. The owner, a former truck driver, built the castle years ago. Although it looks uninhabited from the road, with windows made of reflective yellow glass, most of the living quarters – ACCORDING TO MY FATHER’S SOURCE – are actually (hold your breath) subterranean. WOW. As if the exterior wasn’t captivating enough, rumor has it the house is actually a front for some sort of neolithic man cave dug deep inside the earth. Could it get any better??!!

Although our paltry photos do their best to describe the actual home, they leave out some VERY juicy details. Such as The Moat. Yes, You heard me. The perimeter of the castle is surrounded by a (I do not know how deep) moat, dug into the ground and made into part of a swimming pool. It appears the moat widens at the rear of the house and becomes more conventionally pool-like. As you can see from the photo below, there is a small adjacent pool castle building, complete w. diving board. You cannot actually see said diving board in the photo, but it is there in reality, sticking out. I am not lying.

Having done some research, I have read conflicting reports of the actual square footage of The Castle. Ranging from 1,400 to 6,600. QUITE A BIT OF DIFFERENCE, wouldn’t you say?? Me too. And as the above ground portion of building is truly tiny, I can only hold w/ the man cave theory. And speaking of a dream house, can you imagine anything better than thwarting pesky Avon Ladies and Jehovah’s Witnesses with your very own DRAWBRIDGE???! (No offense intended of course to those selling cosmetics and/or God.) But it seems as though the lucky owners made – as if part of their plan – not one but TWO drawbridges. I have read (second hand) that these lower into garage door openings. But again, I cannot attest to the factuality of this statement.

The entire perimeter of the property itself is (as you can see) girded by a wrought-iron fence, topped at points by sweet (British?) garden gnomes.

In writing this post, I mean no disrespect to the owners, Rudy and Ruth McLaughlin.  To the contrary, I too believe every man’s house is his castle.  They just took the phrase slightly more literally than the rest of us.  And in doing so, provided us all with a little interest, a little mystery, a little something DIFFERENT. I thank them for doing so.  Certainly, my parents – who live just minutes away from the castle, must have a smile on their faces each time they drive by.  And the countless denizens of the adjacent affluent housing developments, when they’ve had “one too many” at the [insert club] dinner, never have to wonder IS THISHH ONE MIINE? when they pull up in the drive.

Looking for MORE information w/out making the actual trip? See:

58 thoughts on “THE MYSTERIOUS CASTLE OF ALPHARETTA” 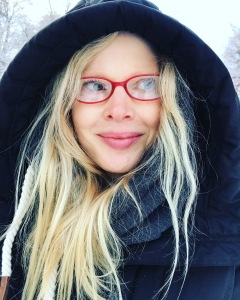 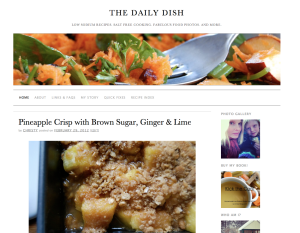